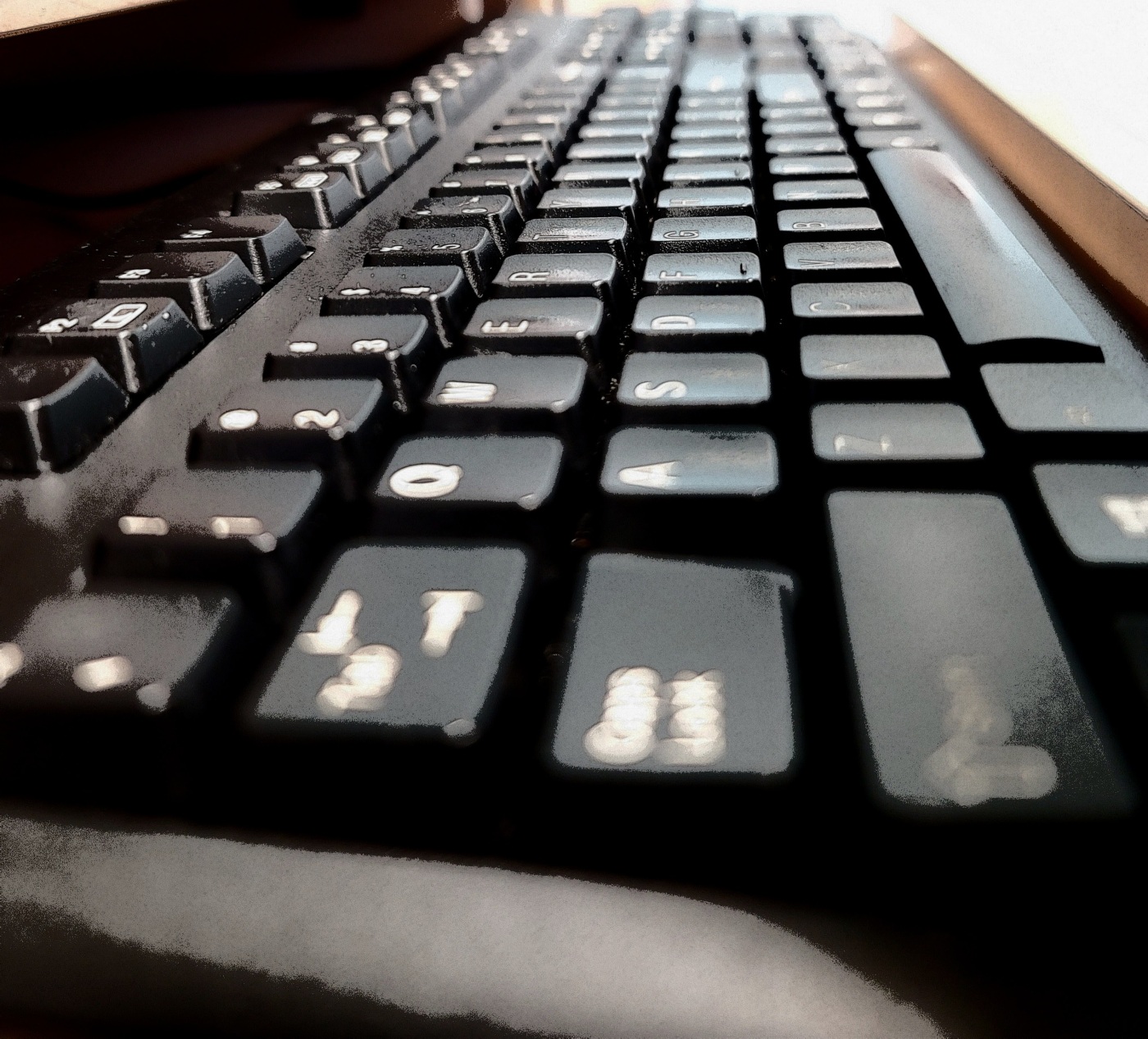 Ball For A Ball

Tiny Rosie sat in her room and cried into her pillow, today was an especially difficult day for a 6 year old. She grasped at the ruffles on her bed and buried her face into them. She inhaled the delicate smell of washed sheets, it seemed to make her feel a little better. She raised her head off of the bed and looked at her teary marks and before she could finish making a perfect imprint of her sobbing face into them; Mom walked in. She entered with a delicate knock. “Rosie, now why do you want to get yourself so upset?” Mom asked. “Because I want to go! I never get to go! That is not fair! It is because I am a girl!” Rosie stated in a rather high pitched tone. “Rosie, you will be able to go one day. You’re just too small and it is really hard. You have to keep quiet and you would get so dirty, there are snakes, bugs, and spiders almost as big as your little face. Does that really sound like something that is fun?” Mama replied. “YES! I know how to watch out for those things! I’m not a baby!” Mom sighed with annoyance, she knew Rosie wanted to go hunting with her Daddy and there was no stopping her. Something instinctual seemed to speak to Mom, if Rosie didn’t get a chance to go, that girl would find her own way. Mom inhaled deeply, straightened her back and gently sat Rosie up; while noticing the wet clown face on the comforter. Rosie looked at her Mom’s singular raised eyebrow and they both giggled. “Rosie, I will try and talk with Daddy. You know that he takes hunting very seriously and if by some miracle I can get him to take you, you will have to take it twice as seriously to prove that you are strong and smart enough to listen and pay attention. Girls can do these things too; but we have to try twice as hard if not more. Are you sure that you want to do this because if you mess something up he won’t ever take you again.” Rosie’s hazel eyes seemed to gleam golden with happy tears. “Yes Mama, I promise! I hope I see a bear!” Rosie exclaimed with a pitch that was somehow even higher than the moments before. Mom stood up and sighed, knowing that trying to convince Gordon that he should take Rosie on his next outdoor adventure will end up in a fuss. For a moment she felt as though it might be an easier task to hunt, clean, and cook a deer herself than to convince her husband to take their daughter with him.

Rosie knew her Mom would do what she said; and even for a 6 year old, she knew that it would not be easy. She also knew that she better keep herself busy for the rest of the day so that Mom could go on her own scary adventure to convince Dad. So Rosie did just that, she grabbed her green tool box of animal fact cards and headed outside to sit in the shade and prepare herself for her first trip into the woods. Rosie laid under the young oak and willow trees, reading as much as she possibly could. After staring and studying for a few hours she decided to rest her dry eyes, and put the cards away. She made sure everything was neatly arranged in order before she closed her box. The amphibians with the amphibians, birds with the birds, insects with the insects, crustaceans with the crustaceans, mammals with the mammals, and reptiles with the reptiles. Today she was content with this order, but if she had not exerted all that energy crying earlier she would have made sure that the cards were also in alphabetic order for each classification.

Rosie loved biology, just about anything that had to do with animals or plants; she was into it. As a young child she found the nature of animals and plants easier to understand than humans. Humans were always harder to understand; they hurt other people and not even for food or shelter, just to do it. Rosie thought almost everyone she saw on the news or on tv shows were stupid and mean, especially the adults. Rosie’s belly started to growl and she wondered how long she had been outside; she tried to calculate how long that she had been outside the best that she could to make sure that she wasn’t going back into the house too soon. “Well, when I look through my box after breakfast and also put it away before I get up, it normally means that Young and the Restless will be on soon and that means, LUNCHTIME!” Rosie got up off of her Cinderella beach towel, made sure the latch to her box was secure and ran towards the house. Suddenly she stopped, mouth open and eyes wide. She couldn’t believe what she was looking at, it was the largest snake that she had ever seen in person. The black and brown snake seemed to be one giant shiny muscle, she remembered the diagram of the muscular system on the back of one of her cards and could tell where each side of its muscles began along the spine. If she wouldn’t have been filled with such fear she would have been excited that she was able to comprehend the correlation. It must have been enjoying the summer sun when she disrupted him and they met eyes. He was coiled up three times and with his head raised in alert. She made a mental note that it did not hiss. Rosie backed up slowly and started to tremble. As she backed up, the snake seemed to gain more interest towards the barely two foot tall child. He uncoiled and slithered just as slowly as she was moving. Terrified with panic Rosie dropped her precious box and tried to focus on remembering what kind of snake it was. Was it a king snake, if so, I can try to run. It will just bite me and I will be ok, Rosie tried to remember the signs but she couldn’t, she just couldn’t. It’s nose looked sort of pointy and it looked like it wanted to hurt her. She couldn’t take a chance; she tried to scream for help but her voice was so shaky no one heard her. She screamed again, “Daddy! Daddy! Mamaa! AHHH!” It felt like she had screamed a hundred times, and no one heard her. She backed up slowly some more, she didn’t realize how far she had moved from where she started, she was almost to the edge of the property where it dropped down nearly 10 feet into a rocky gully. She knew if she ran the slithery serpent would chase her, she could tell he was practically asking her to. Rosie stopped, she couldn’t step a single step further without falling below but somehow that seemed less scary than being strangled by a beast. Is this what she was born for? She got sad thinking that she never had a chance to go hunting with Daddy. She decided to give one last scream before trying to jump to the least rocky spot below. “Rosie, this way!” She and the snake both jolted their eyes into the direction of the voice. Rosie saw a hand and grabbed it tight BANG! It was the loudest sound she had ever heard in her life, her ears rang and she saw white, and then black.

With a high pitched bell ringing in her ears, Rosie opened her eyes. She saw her Uncle D hanging what was left of the snake up to his skinning station; getting ready to do what he does best. Dad and Mom praised her safety and thanked Uncle D’s valiant rescue. “Uncle D, you saved my life! That snake was going to kill me!” Rosie said with a low tone. “Well, sweet heart, to be honest you… You might have lived depending on where it bit you and if we got to the hospital quick enough. But yes, it would have been a terrible thing for you Runt.” Uncle D replied with his infamous Cajun accent. With wide eyes and red ears Dad kneeled next to Rosie and asked, ” You’re ok?” Rosie softly replied back, “Yes Daddy I am.” He got up from next to her and looked at the snake hanging and now gutted from the large nail. “Well, huh. Nice shot D! You blew that head straight off! What did you use?” Dad put his hands inside of his blue coverall pockets as he seemed to scan the yard for the blown off head. “Well Rosie,” he added. “I bet you will think twice before you ask to come hunting with me, now. Some days we seem to see them every step of the way.” Dad snarked with arrogance. “WHAT!?! NO DADDY! I want to go, how else will I learn how to track and hunt animals, if all I do is look pretty and play with my little brother? I can look pretty, play with my little brother, and hunt, you will see.” Rosie declared passionately enough to make her cheeks red. Dad starred a blank stare, Mom squinted at the comment, and Uncle D didn’t even bother to turn around from his station as his rinsed off his hands and with his wonderful twangy tone says “Needless to say folks’ I strongly suspect y’all might be in for quite a ride with this little firecracker.” Mom and Dad looked down at Rosie with a loving and very scared face and Rosie smiled big.